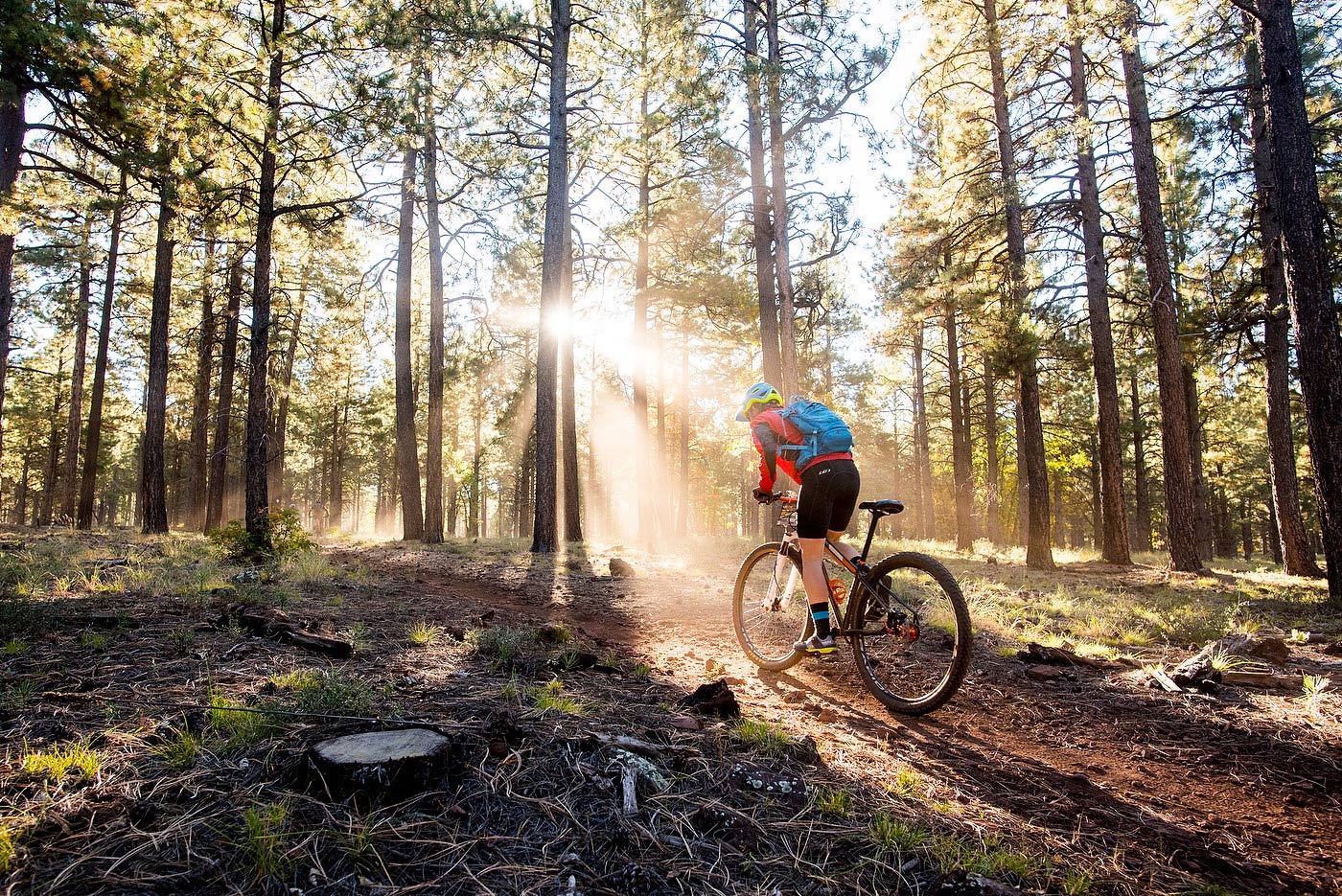 Before moving to the Pinetop-Lakeside area, Lund had a long and successful career in higher education, earning his Doctorate while being recognized as one of the founding faculty members of the University of North Florida in Jacksonville. He also had a decade-long stint in the corporate world as a business manager in Southern California. Although Lund had a mountain bike and would go for rides on the beach when he lived in Florida and on dirt roads along the Colorado River when he lived in Yuma, Arizona, trails didn’t enter Lund’s life until he and his wife retired and moved to Pinetop-Lakeside in 2005.

“My wife and I wanted to get back to the mountains, and we fell in love with the beauty of Northeast Arizona,” said Lund. “Shortly after arriving, I met a retired Grand Canyon ranger named Doug Brown and biked with him a lot. At the time Doug was the president of TRACKS, and after a couple of years, we got to know each other well. One day he told me he was leaving as president and that I should take over.”

The opportunity appealed to Lund, so he applied and got the job. TRACKS is a powerful volunteer organization that gives back thousands of hours per year to the trails, and during Lund’s decade-plus tenure at the helm of TRACKS, the organization went from 130 members to now more than 550 members. TRACKS members cover a spectrum of outdoor recreation from hikers and mountain bikers to equestrians, cross country skiers and folks who just like to work on trails.

Thanks to TRACKS and its valuable partnership with the Apache-Sitgreaves National Forest, the
White Mountains Trail Network boasts more than 200 miles of trail running from Show Low, through Pinetop-Lakeside and out to Vernon.

During his tenure as President, Lund was also the Event Manager for the Tour. Thanks to the efforts of TRACKS and Lund, the Tour has become so popular it now fills to capacity each season. The success of the event is a combination of a warm, welcoming and passionate community and high-quality singletrack routes that keep people coming back every October.

“It was a great move for Todd Sadow to put someone local in the lead position for the event,” said Lund. “My connections to all the locals helped the event succeed, as we got more than 100 residents to volunteer at the event.”

Locals do everything from marking the routes to running the aid stations. Even the children of local volunteers participate, riding in the event. The Tour gives locals something to take pride in, an asset that brings the community together each October.

One of Lund’s proudest achievements during his tenure at TRACKS was the Emergency Responder project. This project helped simplify locating an injured rider on the trail network. Previously Navajo County Sheriff’s Auxiliary had to search hours to make a rescue and had to send multiple responders, but thanks to a grant funded by Arizona Game and Fish, Lund and TRACKS developed a labeled white diamond marker system along with GPS coordinates, so when an emergency call came in, responders could locate exactly where the person was. Since project completion, all rescues have been 45 minutes or less and involve one responder.

Lund recently stepped back from the event manager position for the Tour and the lead role at
TRACKS, but he still helps out, processing all TRACKS member applications and maintaining the database.

Although he’s taken a step back, Lund is still getting after it, recently celebrating his 77th birthday with a 22-mile mountain bike ride. We couldn’t think of a more fitting dedication recipient for the Tour than Nick Lund.